A Message from the Executive Producer, Alan Rubens 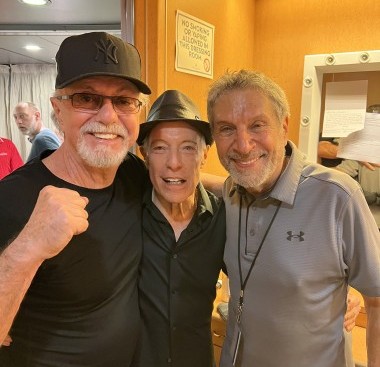 I had the idea of our company, Time Life, going into the theme cruise business in 2008. I thought that with the success of an infomercial I produced, called Malt Shop Memories, that it would make a great first attempt at trying to duplicate the feeling of a genre and style of music and an era on a cruise ship. The first person I called and talked into coming along was Jerry Blavat, the world famous Philadelphia DJ, The Geator with the Heater, who I grew up listening to on the radio in Philadelphia. Before I booked the first act, I felt I needed to find a Pied Piper, who would lead this trip down a very special memory lane. I couldn’t have picked a better host or human being. He became much more than a business associate and more than a friend, he truly became family to me and all of us who worked with him at StarVista Live. He made us and every act and every single cruiser over 11 years feel special, loved and appreciated. He championed the music, the era and a love of life that few of us could ever imagine. I discovered Jerry’s true and self-purposed mission in life was to make people happy and knew he could do it through music and his most outgoing fun loving personality. He helped make Malt Shop Memories come alive for all of us on land and on sea. Thank you Jerry Blavat for being who you were, what you did, what you accomplished and for being my friend and family. I know what you always said and even titled your book “You Only Rock Once”, but wow did you rock.

I Love You Jerry