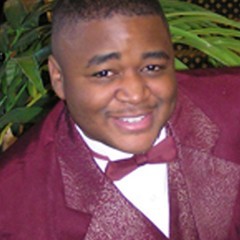 Al grew up listening to classic New Orleans R&B and decided well before kindergarten that Fats Domino was his favorite artist. His grandfather would bring records home from the jukebox at his grandmother’s club to play over and over for the young Al, instilling a love of music that would drive him to learn to play several different instruments during his high school years and later become a professional musician.

Jackson’s talent and tribute show have not only won audiences over, but Fats himself. The two met in 1997 and became fast friends. Al treasured the relationship, and continues to follow the advice that Fats gave him over the years and often visited Fats at his home where the two play piano and share their love for music.

It is fitting that Jackson was selected to perform at Tipitina’s in New Orleans during a special ceremony presenting Fats Domino with the Grammy Awards he lost in Hurricane Katrina. He returned to Tipitina’s to celebrate Fats’ birthday in 2008 and counts those two shows among the best of his career and a great privilege to honor his idol.

Al is a popular guest at the many fairs and festivals in the New Orleans area and casinos throughout Louisiana and Mississippi. He has released three CDs, one nominated for a “Big Easy Award” in 1998.