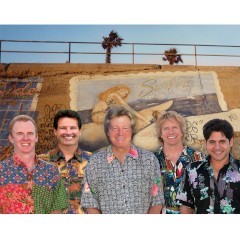 The “golden boys” of California surf rock and roll, Jan and Dean dominated the pop charts in the 1960s with 16 Top 40 hits — seven in the Top 10 — that shaped the sound of a generation. Their close harmonies sprinkled with elements of doo-wop were buoyed by vivid narratives of their Southern California lifestyle. Their influence on music and pop culture was both immediate and lasting, bolstering an idyllic image of the region that was reflected in film, books and music and remains to this day. The duo was inducted into the Grammy Hall of Fame in 2008.