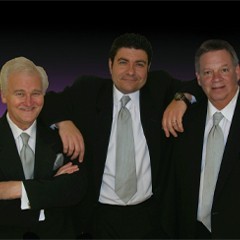 The Vogues created a sound.  It was a fresh, original blend of vocal harmony that left an indelible mark in the world of popular music.  Inducted into the Vocal Group Hall of Fame in 2001, The Vogues remain one of the top vocal groups on the oldies scene today, even though their first hit, "You're the One" was released over fifty years ago.  Four gold records,  two platinum albums, and fifty years later, The Vogues continue to attract sellout audiences at concerts and club appearances around the country. Their outstanding talent, stylish delivery and excellent choice of material, coupled with their vital, poised performance, makes this group one of the world’s top nostalgia acts.

Throughout the late 1960's and early 1970's The Vogues appeared on "The Ed Sullivan Show", The Tonight Show with Johnny Carson", "The Red Skelton Show", "The Mike Douglas Show", and numerous appearances on "Dick Clark's American Bandstand".